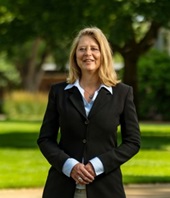 Darlene Farabee is the author of Shakespeare's Staged Spaces and Playgoers' Perceptions (Palgrave Macmillan, 2014) and co-editor of and contributor to Early Modern Drama in Performance (U of Delaware P, 2015). Dr. Farabee has also published articles and book chapters on a range of sixteenth- and seventeenth-century British literature, from Christopher Marlowe's Edward the Second to John Milton's Paradise Lost.