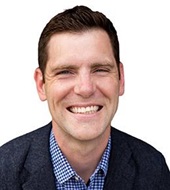 Tyler Moore is an Assistant Professor of Law, and teaches courses in constitutional law, legal theory, and agricultural law. His research analyzes legal interpretation, early American political and legal thought, hermeneutic theory, and the Judiciary Act of 1789. Before coming to South Dakota, Tyler served as a law clerk to the Hon. Jonathan A. Kobes of the United States Court of Appeals for the Eighth Circuit, worked as a litigation associate with Faegre Baker Daniels LLP, and served as a volunteer law clerk for the Hon. John M. Gerrard of the United States District Court for the District of Nebraska. He earned his B.A. from the University of Nebraska, a J.D. from the Georgetown University Law Center, and his M.A. from the University of Notre Dame, where he is currently a Ph.D. candidate in the political theory and constitutional studies program. Tyler grew up on a farm near York, Nebraska.