A University of South Dakota student hopes to bring an awareness and understanding of migrant workers to the community by telling their stories through various forms of media.
Topics
Student Life Undergraduate Research
Print
Email
Share

Graciela DeAnda, a junior photography major, has been creating a series of works that focus on migrant workers in the Siouxland area and showcase their experience in a new place.

“Migrant workers make up a large part of the agricultural industry in the United States, and the media often only tells fragments of the layered and complex stories of the workers and their communities,” DeAnda said. “Migrant workers deserve a place and a voice in this regional agricultural community where they hope to be a positive addition as well as a valued source of added cultural diversity." 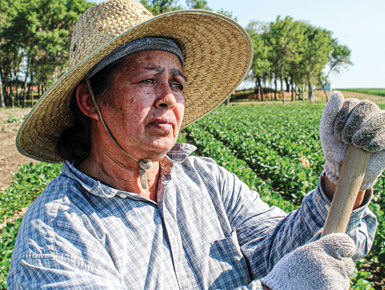 Beyond capturing digital photos, DeAnda has also recorded members of the migrant community in South Sioux City, Nebraska, on video, capturing their work, play and daily life, which she plans to turn into a short documentary.

“Each photograph has its story and its purpose,” DeAnda said. “Becoming intrigued with my roots and where I originally came from, my photography reflects my heritage, culture and environment.” 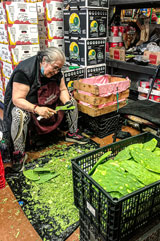 DeAnda also collected handwritten comments and stories from migrant workers in a shared diary. They communicated stories about coming to the United States, what they left behind and other personal stories.

“Being here, I have initiated projects that I would have never made into a reality in my hometown San Julian, Jalisco,” DeAnda said. “With this project, a lot of sacrifices were made, but at the end, I learned that everything was worth it.”

In the future, DeAnda plans to seek exhibition venues and publications showcase her series.