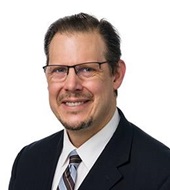 David C. Earnest, Ph.D., is the Odeen-Swanson Distinguished Professor and Chair of the Department of Political Science. His research uses computational social science to study how communities manage complex interactions between physical, natural, ecological, technological and social systems. He has published findings in International Studies Quarterly (2008) and has written about the epistemology of computational methods in Complexity in World Politics (Neil Harrison, ed., SUNY Press, 2006). He is author of Massively Parallel Globalization: Explorations in Self-Organization and World Politics (SUNY Press, 2015); Old Nations, New Voters: Nationalism, Transnationalism and Democracy in the Era of Global Migration (SUNY Press, 2008) and co-author of On the Cutting Edge of Globalization (Rowman & Littlefield, 2005). He has also published in leading journals including World Politics, Foreign Policy, International Interactions, and Globalizations. He serves as the editor of the James N. Rosenau Series in Global Politics (State University of New York Press).