The University of South Dakota’s Band Directors Institute is an intensive program designed to expose music educators to the best in current and standard literature in addition to teaching methods and materials. We are excited to once again offer the institute in person on the USD campus in Vermillion from Wednesday, June 15 to Friday, June 17, 2022.

The three-day institute will include reading sessions, masterclasses and clinic sessions that focus on a wide variety of teaching subjects for band directors directors and will feature guest clinicians Paul Murtha and Alexander Kaminsky, as well as a variety of USD faculty. The Trends class will require a project agreed upon by the participant and the instructor (i.e. creating a database for their music library, programming music for their upcoming school-year or other projects for their classroom).

Participants have the option of registering for the institute ($195) for zero credits, or can choose to enroll in any or all of our classes (at $40 per credit plus the $195 registration fee). The registration and tuition costs may be paid online, by check with pre-registration, or on the first day of the Institute. Participants are highly encouraged to pre-register to ensure an appropriate number of reading packets are available. Registration for the Institute is $195. Pre-registration by June 1 will lower the fee to $175.

Composer, arranger Paul Murtha is a native of Johnstown, Pennsylvania where he studied jazz arranging with John Morris and music theory with Richard Napolitan.

In 1983, Paul earned a B.S. degree in Music Education (with a minor in Jazz Studies) from Duquesne University in Pittsburgh, PA. While at Duquesne, Paul studied jazz arranging with John Wilson and orchestration with Joseph Wilcox Jenkins.

A versatile composer-arranger, Paul is at ease in both professional and educational circles, and is in constant demand as a guest conductor, adjudicator and clinician. Paul has written music for acclaimed mezzo-soprano Denyce Graves, Patti LaBelle, Kathy Mattea, Lou Rawls, Kenny Loggins and Ken Burn’s “Music of the Civil War.” He has also written extensively for some of the top college and high school marching bands in the country.

Paul’s work with the National Symphony Orchestra includes arrangements for artists such as Trace Adkins, Jordin Sparks, Gloria Estefan, Gladys Knight, Huey Lewis and the News, The Four Tops, The Beach Boys, The Temptations, The Blues Brothers and Five For Fighting for nationally televised events including “A Capitol Fourth” and the “National Memorial Day Concert.”

In December of 2016 Paul’s “A Swingin’ Nutcracker”, a ninety minute work for full symphony orchestra, was premiered by the Baltimore Symphony Orchestra.

Paul is published exclusively by the Hal Leonard Corporation where he contributes music to many areas of the instrumental catalogue.

Alexander Kaminsky was appointed Director of Bands and Associate Professor of Music at VanderCook College of Music in 2019. He holds degrees from the University of Florida and Indiana University, is active as an adjudicator, and is in demand as a guest conductor/clinician across the country. Throughout his 30-year career as a high school band director, Kaminsky’s ensembles have consistently earned Superior ratings at all levels of evaluation. He is the only director in the history of the Florida Bandmasters Association to have three concert bands from one school earn straight Superior ratings at State, which he achieved three times.

Kaminsky has presented his clinic “How Can I Get My Band to Sound Like That” at various conferences and workshops, and his hands-on rehearsal demonstrations for the annual “How To Fix It” series at the FMEA Professional Development Conference received high acclaim with over 900 attendees in 2019. He has been awarded the National Band Association’s Citation of Excellence numerous times and has been recognized with several achievement awards for education, including Florida’s 2019 FMEA Secondary Music Educator of the Year Award, FBA Oliver Hobbs Award, FBA Andrew J. Crew Award, National Honor Roll’s Outstanding American Teacher, Nobel Educator of Distinction, Teacher of the Year, and is listed in Who’s Who Among America’s Teachers.

Kaminsky is a Conn-Selmer Educational Clinician, an elected member of the prestigious American Bandmasters Association and the American School Band Directors’ Association, and also holds memberships in CBDNA, NBA, NAfME and Phi Beta Mu. He has served on many state and national committees, and currently serves on the ABA Sousa/Ostwald Award Committee and the ABA School Bands Task Force. Kaminsky is a National Board Certified Teacher and has been featured in several periodicals including The Instrumentalist, Teaching Music, Halftime Magazine, School Band & Orchestra Magazine’s “50 Directors Who Make A Difference” and Home Magazine’s “12 Exceptional Educators.”

Participants have the option of staying on campus or planning their own accommodations during the institute. Participants wishing to stay on campus may stay in air-conditioned residence hall rooms at a rate of $45 per night plus applicable tax (single occupancy) pending Board of Regents approval. These rates do not include bed linens or towels.

Participants have the option to earn graduate credit for participation in certain sessions. Payment of tuition ($40 per credit hour) for graduate credit is due on the day of registration. Tuition rates are set by the South Dakota Board of Regents and are subject to change without notice. Selected clinicians and/or USD faculty instruct all sessions.

MUS 793 Instrumental Techniques and Procedures for the Music Classroom

Master classes, clinics and discussion that focus on teaching materials, rehearsal techniques and instrumental pedagogy for instrumental music educators. Methods and materials will be available to take back to the classroom.

Reading sessions will focus on a wide variety of instrumental music for public school bands including concert, marching and jazz music. The selections will include previous and newly published works at a variety of grade levels appropriate for all levels of bands.

MUS 793 Current Topics and Trends for the Instrumental Music Classroom

For more information contact Assistant Professor of Music Education David Sanderson at (605)-658-3476 or at David.N.Sanderson@usd.edu.

Explore the departments, facilities and centers that contribute to your education in music.

The Department of Art will provide you with unique and applicable real-world experience and connections that enable you to immerse yourself in an environment built for personal and creative discovery.

Develop the skills necessary to be successful in your musical career while gaining lifelong friends and mentors. Whether you are interested in teaching, music performance or music history — or some combination of the three — the Department of Music will provide you with real-world experiences and connections to help you succeed.

Whether you are interested in a career in acting, musical theatre, design technology or a related field, the real-world experiences and connections you find in the Department of Theatre will help you get there. 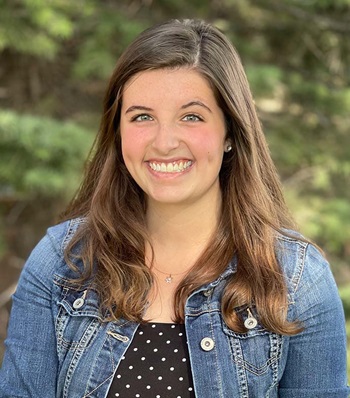 USD has been amazing in allowing me to meet some of the most awesome people I would never have met otherwise. Specifically, being involved in Symphonic Band, being nominated for UDiscover, and working as a student employee for Athletic Video Production and Marketing has allowed me to experience such cool events and network with brilliant individuals. Things like going on concert tours and working championship games were unforgettable experiences and made college an absolute blast for me.