Learn how to use the latest technology to solve the world's most pressing problems.

As a computer science major at USD, you'll enter a versatile, hands-on program that will prepare you for a variety of careers across STEM fields. Here, you aren't just reading the textbook. From internships at influential companies to undergraduate research experiences, USD will equip you with skills that prepare you for real-world challenges. And because of our small student-to-faculty ratio, you'll get individualized attention from expert professors with more than 35 years of teaching experience and award-winning professors leading artificial intelligence (AI) and machine learning.

Whether you envision a future as a data scientist, software developer, artificial intelligence and machine learning engineer or another profession in the field, our program will set you up for success.

Artificial intelligence impacts society in countless ways. Prepare for one of the most vital and fast-growing fields within computer science by specializing in this area. Some examples of courses include machine learning fundamentals, data mining, data analysis and decision making, math for data science and machine learning, and applied statistics.

With qualities like small class sizes, specialized programs and incredible student opportunities, USD is not your typical university. What makes us unique is what makes your education exceptional.

An impressive 98% job placement of recent graduates ensures our USD students can immediately make a difference in the world.

We offer a 20:1 student-to-faculty ratio. Smaller classes sizes ensure you receive a focused and quality education every day in the classroom.

As a student at USD, the opportunities available to you extend beyond the classroom. Explore your interests, find your community and experience your education to the fullest extent through the following opportunities.

The computer science program offers a variety of real-world experiences designed to help you develop valuable skills. Through internships, you can earn credit as you establish credibility in influential workplaces and gain experience in a variety of career fields. USD students have interned with powerhouses like Tyson Foods, Thomson Reuters, Sony Pictures Entertainment, Sanford Health, Insightsoftware and many others.

Founded in 1947, the Association for Computing Machinery (ACM) is a major force in advancing the skills of information technology professionals and students worldwide. Today, the association's 75,000 members and the public turn to ACM for industry-leading publications and pioneering conferences.

The USD Code Club meets regularly to practice and discuss different coding problems as students work to become better programmers and seek a place in the ACM-ICPC world final.

The mission of Upsilon Pi Epsilon (UPE) is to recognize scholarship, academic excellence and professionalism in students and faculty in the computing and information disciplines. UPE is recognized and endorsed by the Association for Computing Machinery (ACM) as well as the IEEE Computer Society and is a member of the Association of College Honor Societies (ACHS). USD is one of more than 300 schools and institutions with a UPE chapter.

There are lots of opportunities for computer-related at USD and in the surrounding community. Here are just some our professional connections:

Learn to develop and manage technology that changes the world in the Department of Computer Science.

Get to know the faculty and staff in the Department of Computer Science. Our faculty are experts in their field, contributing research and scholarship in algorithms, artificial intelligence, machine vision, machine learning, pattern recognition, data science, information retrieval, internet of things, cybersecurity and big data.

Learn From the Experts

At USD, you will not only learn about computer science in the classroom; you'll benefit from hands-on experiences and professional networking opportunities, as well.


We offer annual international symposia on artificial intelligence and data harnessing, as well as a monthly Brownbag Research Talk Series. You'll get to learn from our expert faculty on campus and industry professionals from around the world.

USD is unique in that we offer valuable research experiences to you as an undergraduate student. Our students work on research projects during the academic year and over the summer, exploring topics such as information retrieval, biomedical imaging, pattern recognition, security, robotics, computer vision and machine learning, to name a few.

Set Yourself Apart with an AI Specialization

Follow your curiosity and set yourself up for success after graduation with a specialization in artificial intelligence. USD is home to state-of-the-art AI tools and a high-performance computing center, so you can have confidence you'll be getting a premier AI education.

This is an estimated annual cost. Other factors may change the cost of tuition.

Learn more about tuition and fees for undergraduate students and see how your out-of-pocket costs at USD compare to those at other colleges and universities.

Navigating options for how to pay for college can be challenging, but you are not alone. The Office of Financial Aid will work with you and your family to explore how you can make your college education even more affordable.

USD awards nearly $9.5 million in scholarships each year. View our scholarships to see which ones you may qualify for and how you can apply. 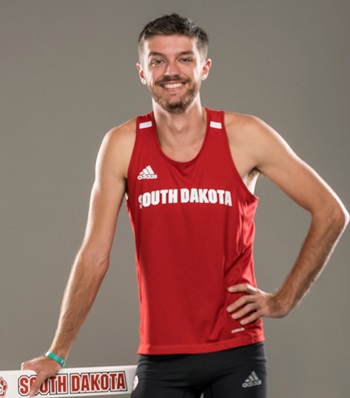 I came to USD (and to the U.S.) because I wanted to get a good education while also competing at a high level in track and field. The Computer Science department's faculty do a lot to prepare us for our future career. They invite speakers from all over the world to talk about their research. Since it is also a relatively small department the faculty are accessible and easily reached when we need help.